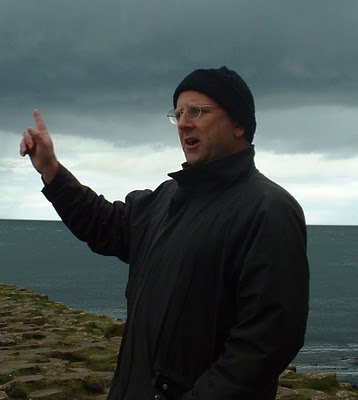 John Darwell is an independent photographer working on long-term projects that reflect his interest in social and industrial change, concern for the environment and issues around the depiction of mental health.

To date he has had seventeen books of his work published, of which the most recent are: 'Sheffield: In Transition' (Cafe Royal Books 2014) 'Chernobyl' volumes 1 and 2 (the Velvet Cell 2014) 'Things Seen Whilst Wandering Around Attercliffe' (Cafe Royal 2014),  'Desert States', images from the South West United States (the Velvet Cell 2014) and 'Grangemouth and the Forth Estuary' (Cafe Royal Books 2014). Other recent books include: 'Sheffield: Hyde Park, Meadowhall and Ponds Forge (Cafe Royal Books 2013) 'DDSBs' (mynewtpress 2013) and 'Sheffield: Tinsley Viaduct' (Cafe Royal Books 2013).  Previous books include ‘Dark Days’ (Dewi Lewis Publishing 2007) documenting the impact of foot and mouth disease around his home in north Cumbria, and a twenty five year retrospective ‘Committed to Memory’ (Tullie House Museum & Art Gallery 2007),  ‘Legacy’ (Dewi Lewis 2001) an exploration of the Chernobyl Exclusion Zone, and ‘Jimmy Jock, Albert & the Six Sided Clock’ on the Port of Liverpool (Cornerhouse 1993).

His work has been exhibited, and published, widely both nationally and internationally, including numerous exhibitions in the UK, the Netherlands, Italy, the USA, (Houston Foto Fest, New York and San Francisco) Mexico, South America and the Canary Islands, and is featured in a number of important collections including the National Museum of Media/Sun Life Collection, Bradford; the Victoria & Albert Museum, London and the Metropolitan Museum of Art, New York.

In 2008 he gained his PhD for research into the visualisation of depression for his work entitled ‘A Black Dog Came Calling’. Until recently he was Reader in Photography at the University of Cumbria in Carlisle, but has now left academia to concentrate on his practice.